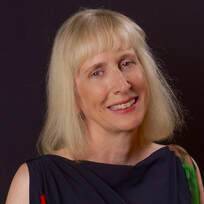 EXECUTIVE DIRECTOR
Linnea Bardarson became the executive director of the Dedham School of Music in 2020 while continuing to serve as a faculty member. In addition to her roles at DSM, Linnea is a well-known musician in Dedham and the surrounding communities. She served as Music Director and organist of First Church and Parish, Unitarian Universalist, Dedham, and has provided accompaniment for many productions and musical ensembles in the community. Linnea is also plays banjo in the band Sweet Haven and is a percussionist with the Dedham Community Band.

A native of Seattle, Washington, Linnea began her formal piano studies at age eight.  She received her B.A. in Music from Mills College where she studied under Bernard Abramowitsch.  At New England Conservatory, LInnea received her MA in Piano Performance and studied piano with Jacob Maxin and Seymour Lipkin. A winner of the Seattle Philharmonic Concerto Competition, she has worked in Boston as a soloist and professional accompanist and has appeared with Chorus pro Musica, Collage New Music, and Kaleidoscope Chamber Ensemble, among others.  Linnea has toured Europe with the Massachusetts Symphony and recorded as soloist with the Bohuslav Martinu Philharmonic and the Moravian Philharmonic Orchestra in the Czech Republic. She has taught piano at Dean College, University of Massachusetts Boston, Northeastern University, and the Brookline Music School. 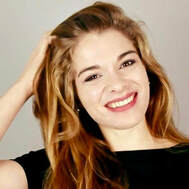 ADMINISTRATIVE ASSISTANT
​Laura Swartz graduated from Simpson College with a BA in Music Education, then proceeded to pursue her Master’s Degree in Vocal Performance and Vocal Pedagogy at Boston Conservatory at Berklee, graduating in 2018. She began her teaching career in Des Moines, Iowa metro area, working with students of all age groups in traditional classroom settings as well as within her private teaching studio. Currently, Laura is teaching at the Amy Dancz Studio with previous teaching engagements with the Boston City Singers Kodaly group and the Boston Arts Academy. She started with South Shore Conservatory in 2018.

A soprano by training, Laura Swartz has been performing in operas such as Le nozze di Figaro, La Calisto, and Sour Angelica. Laura has been involved with the Madrigal singing group based in Iowa that traveled through Europe performing chamber pieces. Recently Laura was a part of Boston Conservatory's Conductors Choir, which performed with the Boston Conservatory Orchestra along with the Boston Symphony Orchestra.

Laura has a strong background in office management and operations, especially in the music field.